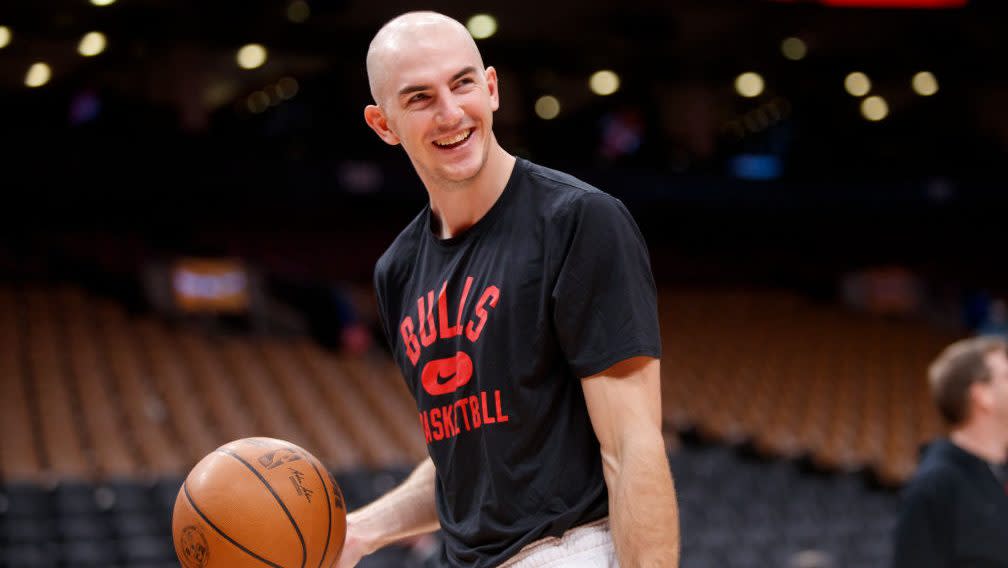 We already knew that before Alex Caruso signed a four-year, $36.9 million contract with the Bulls this offseason, he went back to the Lakers and gave them a chance to keep him for less (reportedly three years, $30 million). The Lakers said no, Caruso signed with the Bulls, and his hustle and defense have been an important part of why Chicago is off to a 7-3 start.

Caruso confirmed all that and added details on J.J. Redick’s “The Old Man and the Three” podcast (hat tip Harrison Faigen at Silver Screen and Roll).

“I really didn’t hear much from any team — including the Lakers — leading up to [the start of free agency at] 6 p.m., and then they called, and the Lakers made their offer. It wasn’t an offer I was going to accept because I was going to be able to get considerably more money from another team…

“I got on the phone with [Bulls GM Artūras Karnišovas] and with [head coach Billy Donovan], and the way they were just talking about how they wanted to play and how they saw me as a player, I thought they hit the nail on the head. I thought everything they said, I was like ‘I think that’s accurate, I think that’s what I bring to the table, I think that’s how I can help the team win, I think that’s the direction this team wants to go.’ I thought there was a need for the stuff that I had.

“Essentially we got that offer, went back to L.A., asked if they could do the same, they said ‘no.’ Asked for something else that was a little less, they said ‘no.’ So I said ‘OK, if that’s what it comes to, I’m ready to go to Chicago and start the next chapter.’ It’s been great. I think it’s been a great decision for me.”

When discussing this, remember that the Lakers are deep into the luxury tax, so that $10 million a season Caruso wanted would cost the Lakers significantly more in reality.

The Lakers chose to go a different direction with the money they spent and traded a lot of their depth — Kyle Kuzma, Kentavious Caldwell-Pope, Montrezl Harrell — to get Russell Westbrook from Washington. The jury is still out on how that decision will play out long-term, but the early returns have been concerning for Los Angeles. Meanwhile, the Bulls could not be happier.

Caruso details how Bulls recruited him, how he gave Lakers a chance to match originally appeared on NBCSports.com