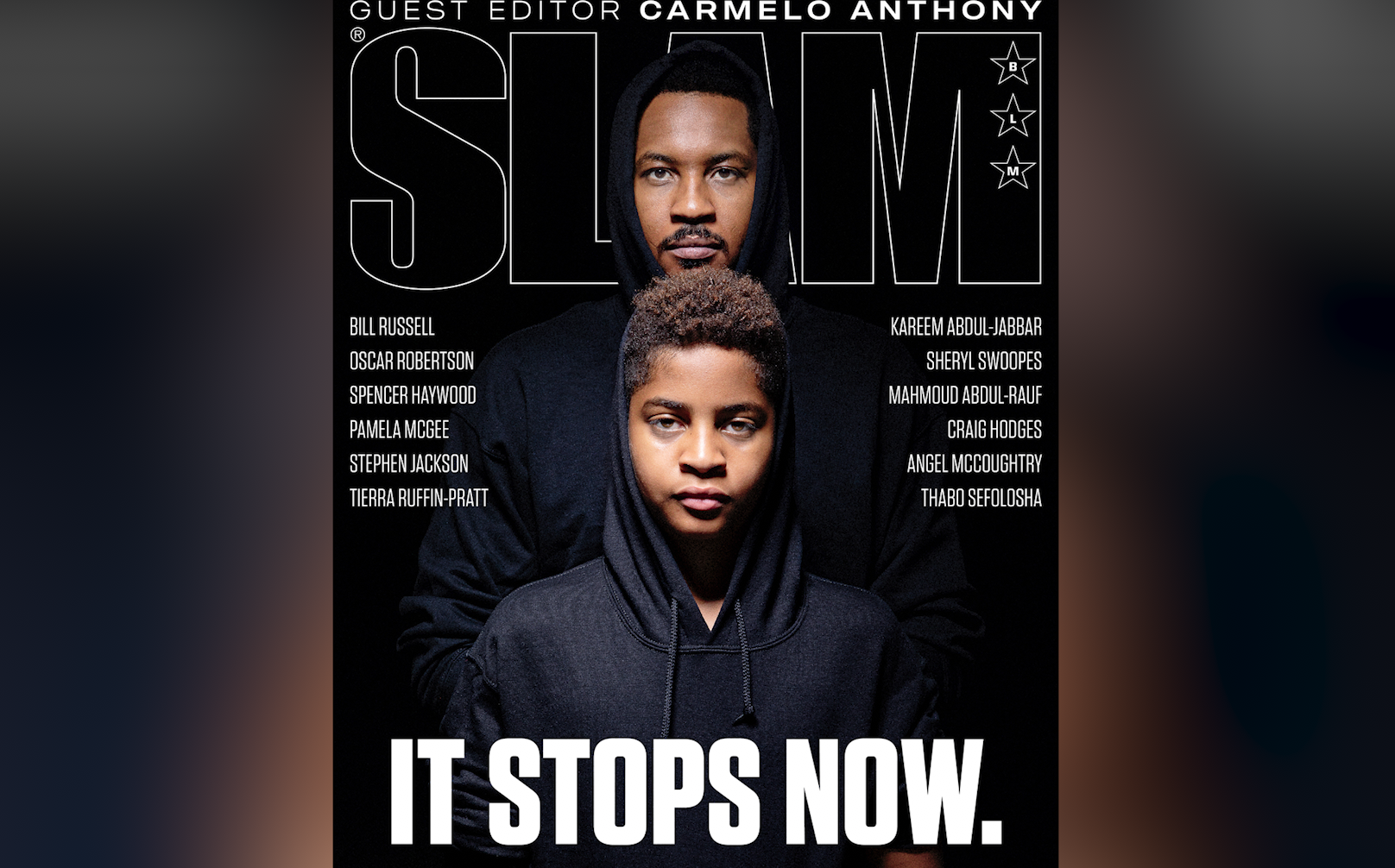 For years, Carmelo Anthony has served as one of the NBA’s loudest voices.

Now, the Trail Blazers forward is using his platform to speak out about racial inequality and systemic racism in America, and he won’t go about it quietly.

Over the weekend, it was revealed that Melo is stepping into a new arena as guest editor of the latest edition of SLAM Magazine. The 10-time NBA All-Star is heading up an issue that focuses on social justice and activism as seen through the lens of basketball.

On the cover, Melo and his son Kiyan both wear black hoodies with the powerful words «It stops now,» written across the bottom.

In his letter as editor-in-chief, Melo referenced police brutality victims and urged for equality for all in America.

I CAN’T BREATHE! I STILL CAN’T BREATHE! MY ARMS ARE UP SIR! What did I do? Can you please tell me what I’ve done?» he wrote. «Will you ever take your knee off our necks? Is it because I’m Black? Does that scare you? Am I intimidating? What is it? WHAT IS IT?»

You know what: ENOUGH is ENOUGH.

I want you to know that I don’t just speak for myself. I speak for all of us. We have to keep on pushing. We will continue to make progress. We are trying so damn hard. We can’t stop now.

Don’t lose focus. Don’t lose sight of why we are in this fight.

100 percent of the proceeds will be donated to charities supporting issues impacting the Black community. Fans who want to get their hands on the Melo edition can preorder The Social Justice Issue here.