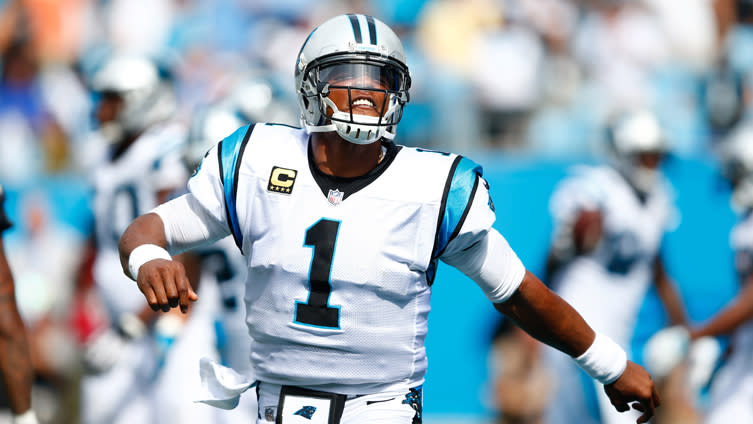 The Chicago Bears entered the 2020 offseason with a common-sense goal: add a veteran quarterback who can compete with Mitch Trubisky for the starting job. Options ranged from Andy Dalton to Tom Brady.

Ryan Pace decided Nick Foles was the ideal choice and traded a fourth-round pick to the Jaguars for him. Despite his accomplished resume as a backup-turned-starter, which includes a Super Bowl win with the Eagles, his addition didn’t spark much excitement among the fanbase and has some wondering if his presence is merely an attempt by the team to suggest there’s a quarterback competition when in reality, it’s Trubisky’s job to lose.

One quarterback who would’ve brought some juice to Chicago is Cam Newton, who’s now charged with the unenviable task of replacing Tom Brady with the New England Patriots. If there’s any player who can do it, it’s Newton.

And don’t forget: the Bears are one of several teams that didn’t want to take a chance on Newton because of his questionable health. COVID-19 prevented teams from conducting a physical. The risk, apparently, was greater than the reward that came along with signing him.

Newton, despite all of his career accomplishments which includes league MVP in 2015, now has a chip on his shoulder. He’s going to make those teams (like the Bears) pay for their mistake.

Needless to say, this isn’t great. It’ll be even worse if Foles is ‘just a guy’ while Newton leads the Patriots on a deep playoff run in life after Brady.

Pace’s decision to draft Trubisky with the second overall pick of the 2017 NFL draft was, unquestionably, his biggest mistake so far as the Bears’ general manager. His choice to trade for Foles over a player like Newton has to make up for it. Otherwise, Chicago is headed for a reboot next offseason.