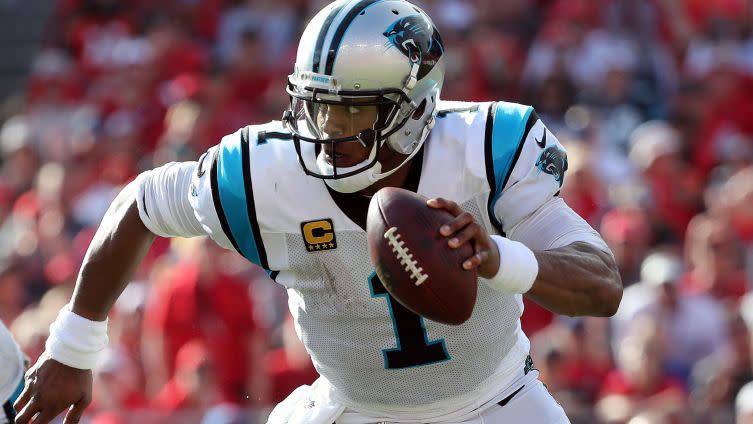 Edelman posted a photoshopped picture of him and the veteran quarterback to Instagram on Tuesday, with a caption that included the hashtag #LetsWork. Newton and the Patriots reportedly have agreed to a one-year contract worth up to $7.5 million.

Newton replied to Edelman’s post later in the day. Check it out below — as you can see, former Patriots quarterback Tom Brady also responded.

Edelman’s excitement over Newton’s arrival appears to be shared by his teammates, too, many of whom reacted on social media Sunday night when reports of Newton’s contract agreement surfaced. And there are plenty of reasons for them to be excited.

Newton is a former league MVP and led the Carolina Panthers to the playoffs four times in nine seasons, including a Super Bowl 50 appearance. He was one of the top 15 quarterbacks in the league for much of his tenure in Carolina, and you can bet he’ll be highly motivated to prove his doubters wrong after few teams reportedly showed interest in him during free agency.

If Newton can stay healthy and wins the starting quarterback job, the Patriots should be able to extend their playoff appearance streak to 12 seasons. Oddsmakers already have improved the Patriots’ odds to win the AFC East (New England replaced the Buffalo Bills as the favorite), the AFC championship and the Super Bowl since the Newton news broke Sunday night.