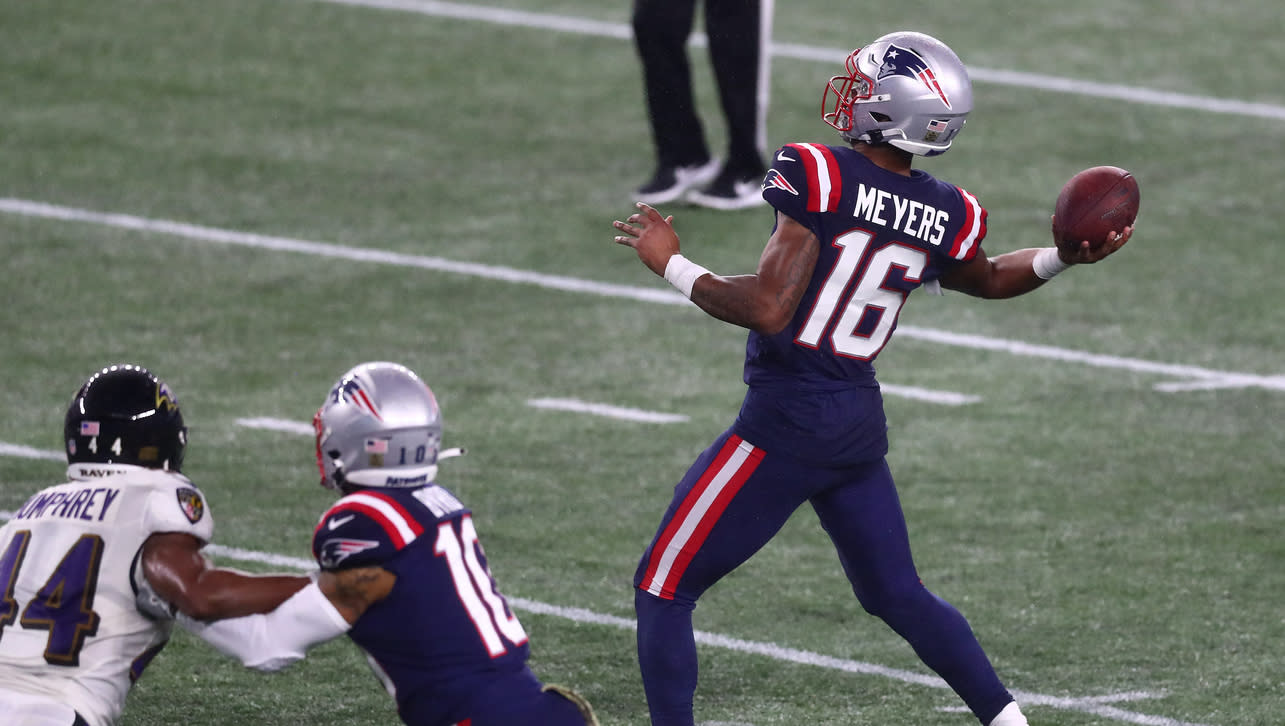 It looks like Jakobi Meyers may have learned a thing or two from his time at Cam Newton’s football camp.

The New England Patriots wide receiver attended Newton’s camp when he was young and put his quarterback skills to use Sunday night vs. the Baltimore Ravens. Meyers, who was recruited by NC State as a QB, tossed a go-ahead touchdown pass in the Pats’ 23-17 victory.

Newton was asked whether it was at his camp that Meyers learned to throw a double pass in the rain. The Patriots QB answered with a great story about what led up to the highlight-reel play.

«So he took off one glove. He takes off another one. I’m like, What are you doing? He says, I got to take off another one, bro. And he did pretty good without being able to, say, warm up or anything. And the height was cover on that play, which was me. Goes to show you the respect in the passing game. But he did a great job. And [Rex Burkhead], only thing he knows how to do is just score touchdowns and he just made a big play for the team.»

Not too shabby for a two-star QB recruit.

Meyers has been a key player for the Patriots offense these last couple of weeks. After a 12-catch, 169-yard performance vs. the New York Jets, the undrafted wideout caught five passes for 59 yards Sunday night in addition to his TD pass.

He and the Patriots will look to continue their hot streak when they take on the Houston Texans in Week 11.