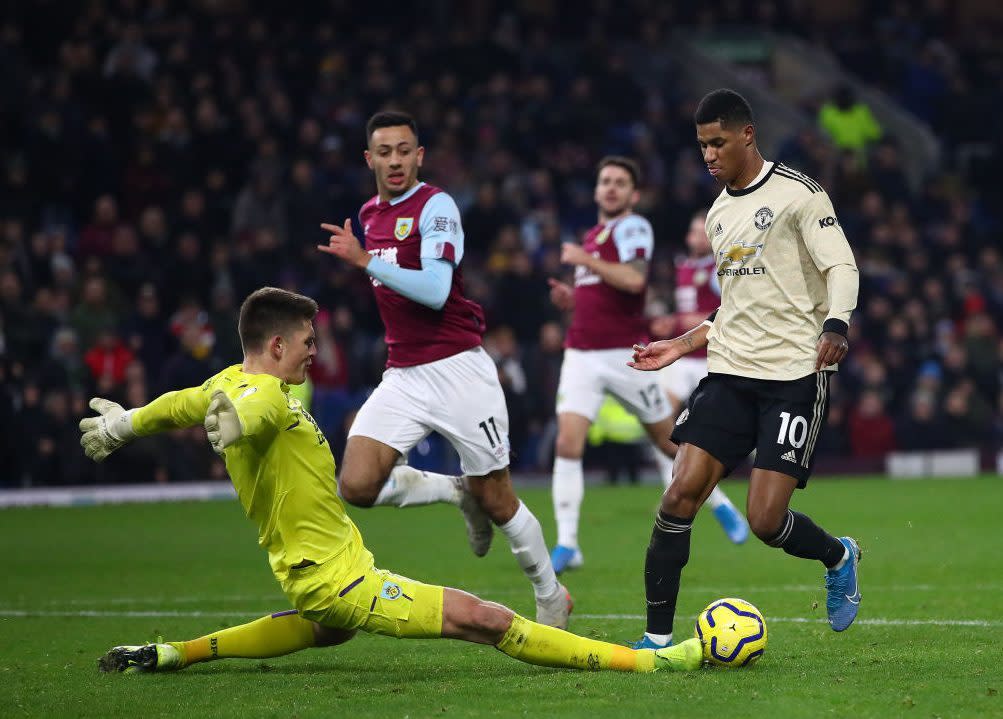 Burnley – Manchester United will be an intriguing clash at a chilly Turf Moor on Tuesday (start time 3:15pm ET on NBCSN and online via NBCSports.com) as the Red Devils aim to go top of the Premier League table.

Ole Gunnar Solskjaer’s second-place side (who have won eight of their last 10 games in the Premier League) know that a point will be enough to send them above bitter rivals Liverpool ahead of their huge clash at Anfield on Sunday. This is United’s game in-hand, as this game was originally due to be played at the start of the 2020-21 season but was pushed back following United’s progression in the Europa League over the summer months.

As for their hosts, Burnley have finally sealed their takeover as American consortium ALK capital purchased the club and Sean Dyche will be given extra funds to spend in January to strengthen the Clarets’ squad. They currently sit just above the relegation zone but have been in fine form in recent weeks with one defeat in their last seven games in all competitions.

Here’s everything you need to know ahead of Burnley – Manchester United.

Burnley have star goalkeeper Nick Pope back in goal, while Jay Rodriguez and Dwight McNeil are only fit enough for the bench. Jimmy Dunne and Bailey Peacock-Farrell miss out.

Manchester United have Luke Shaw, Eric Bailly and Paul Pogba all in from the start as they have been back in training. Edinson Cavani also starts after returning from his ban, while Victor Lindelof is out.

Here’s your United XI to take on Burnley 💪

Sean Dyche on United’s recent form: “I don’t think anyone ever doubted their ability and they’re showing very strong signs of that now, like it’s showed over the last few weeks.

Solskjaer on Burnley, a tighter than usual PL season: “Burnley are always difficult to play against. They have had some good results after a difficult start,” Solskjaer said. “All the teams want to take a grip on the league but it is the type of season there will be ups and downs and less consistency. As a fan, more interesting when more teams rather than one running away with it.”

It is hard to see past a Manchester United win here. They have so many attacking talents firing on all cylinders, but they have to stay focused and get the job done ahead of their trip to Liverpool on Sunday. They will do just that. Burnley 0-2 Manchester United.

How to watch Burnley – Manchester United stream and start time