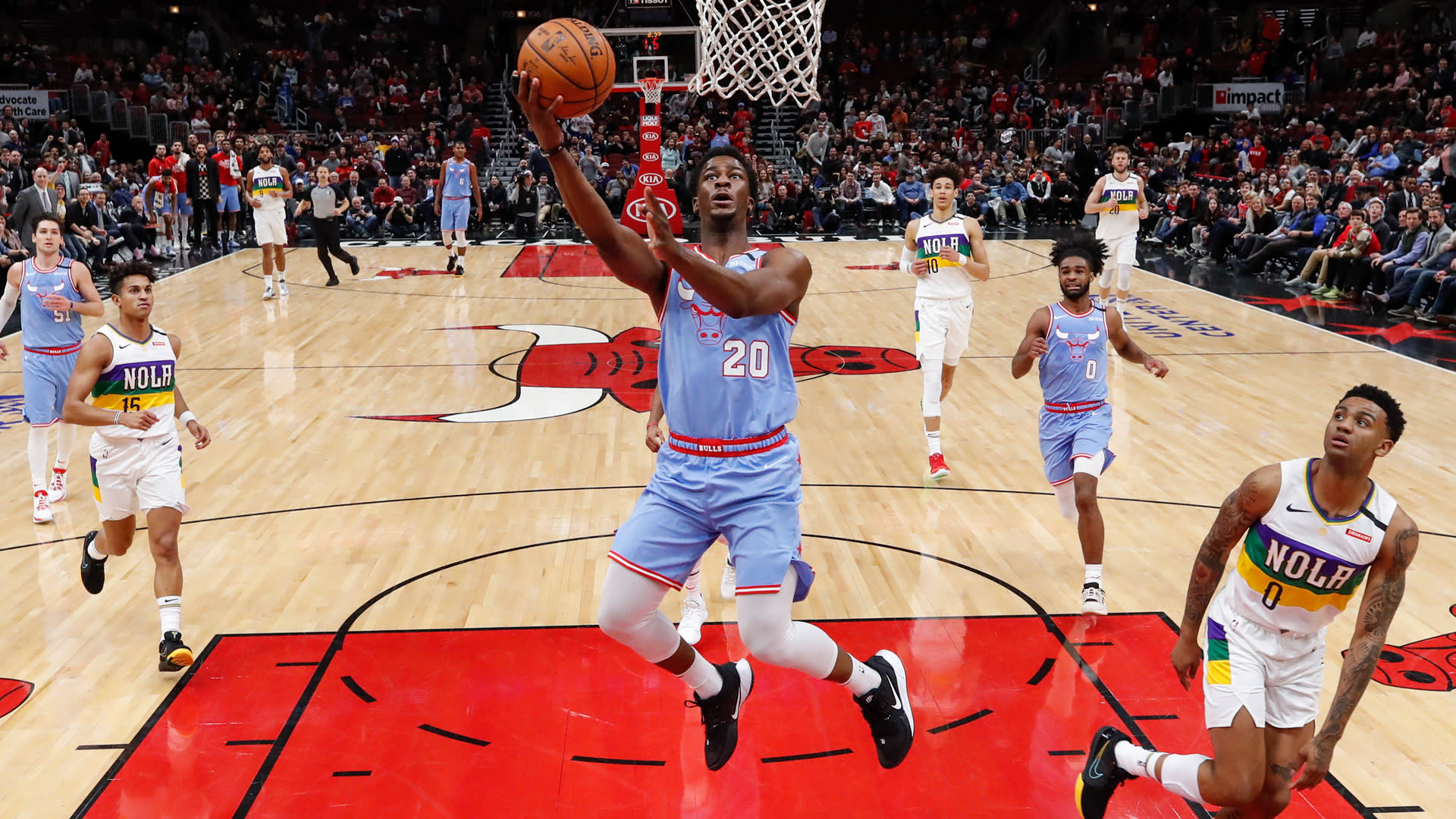 Adam Mokoka showed promise in limited playing time on a two-way deal for the Bulls in 2019-20.

In a lopsided loss to the New Orleans Pelicans on the night of the trade deadline, he made NBA history by scoring 15 points in just five minutes of action. On March 2, he keyed one of the Bulls’ few quality wins of the season by locking up Luka Doncic.

As the NBA ramps up its 22-team season restart in Orlando, Fla., the Bulls are watching (and practicing) from the sideline. But Mokoka is staying busy. On Sunday, he took home MVP honors in a French summer competition called the Amiral League.

According to Talk Basket reporter Matt Evans, Mokoka notched 18 points in the final. The competition was also attended by fellow NBAers Frank Ntilikina of the New York Knicks and Sekou Doumbouya of the Detroit Pistons.