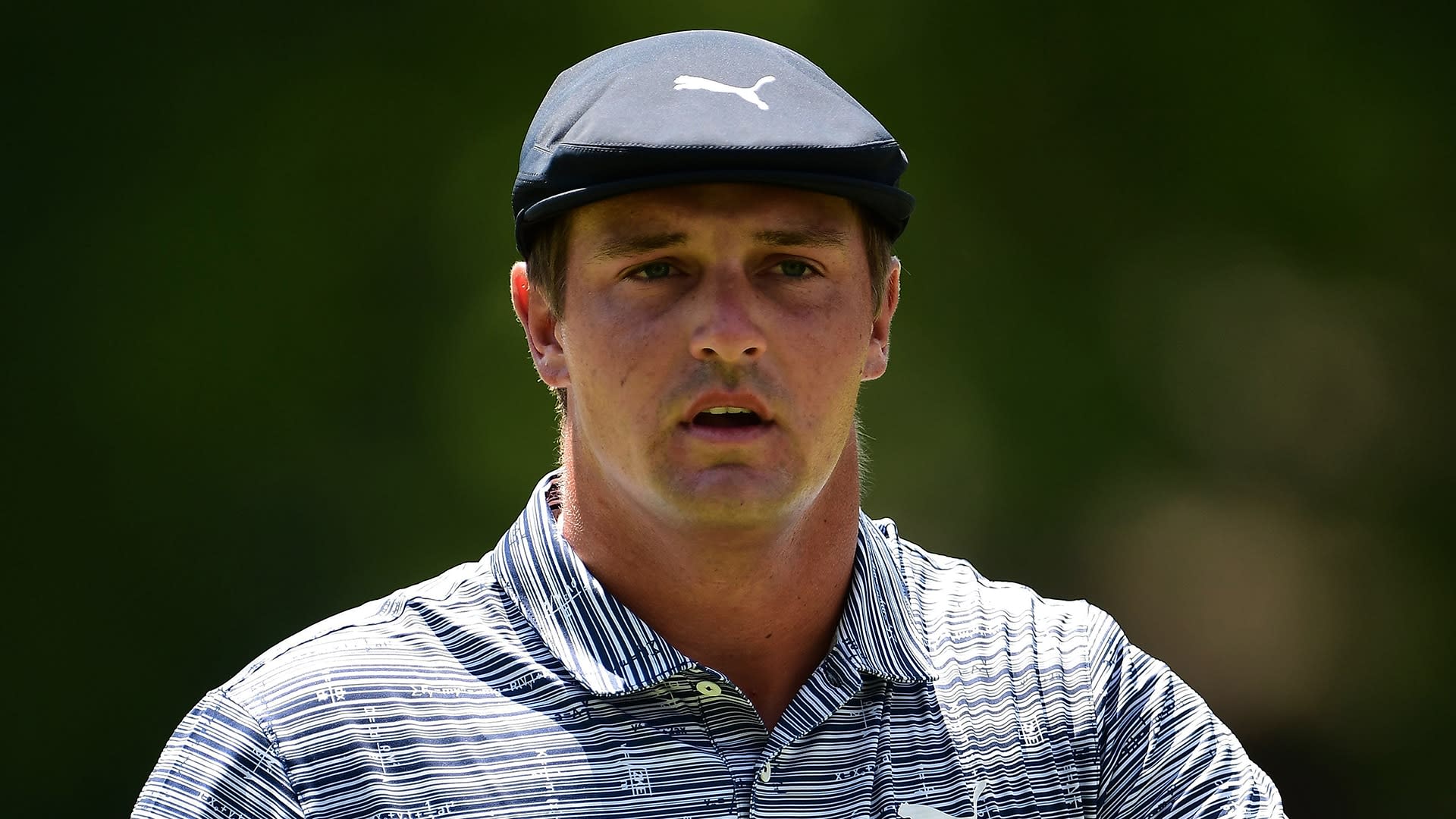 DETROIT – Bryson DeChambeau still has a chance to win the Rocket Mortgage Classic, but that bid nearly got derailed in the middle of his third round when the Tour’s bulkiest star exchanged words with an on-course cameraman.

DeChambeau shot a 5-under 67 in the third round, and at 16 under he’s tied for second place, three shots behind Matthew Wolff. But his round got off to a slow start, and things didn’t especially improve after a lackluster sand shot from a greenside bunker on No. 7.

DeChambeau fired his club angrily into the sand shortly after impact, and he ultimately made bogey. While he described his reaction to the shot as “dumb,” he took issue with the cameraman subsequently following him closely as he approached the green and marked his ball.

Bryson running a little hot. Caught up with him on 7 where he took a Sergio slash at the sand after splashing out of a greenside bunker, muttered an expletive after missing the par save and spent 60 seconds in a…testy discussion with a cameraman on his way to 8 tee. pic.twitter.com/ENjQt1U689

“He was literally watching me the whole entire way up after getting out of the bunker, walking up next to the green. And I just was like, ‘Sir, what is the need to watch me that long?’” DeChambeau said. “I mean, I understand it’s his job to video me, but at the same point, I think we need to start protecting our players out here compared to showing a potential vulnerability and hurting someone’s image. I just don’t think that’s necessarily the right thing to do.”

DeChambeau holed out for bogey, then stayed behind the green to speak with the cameraman at length before proceeding to the nearby eighth tee.  He finally got his round going with a 374-yard bomb off the 13th tee, playing his final six holes in 4 under to move within striking distance of Wolff.

But hours later he still had issue with the incident on the seventh green, which he perceived as an effort to show him in a poor light after an angry on-course outburst that he believes showcased his passion for the game.

“As much as we’re out here performing, I think it’s necessary that we have our times of privacy as well when things aren’t going our way. I mean, we’re in the spotlight, but if somebody else is in the spotlight they wouldn’t want that either,” DeChambeau said. “I feel like when you’re videoing someone and you catch Tiger (Woods) at a bad time, you show him accidentally doing something, or someone else, they’re just frustrated because they really care about the game. It could really hurt them if they catch you at a potentially vulnerable time.

“We don’t mean anything by it, we just care a lot about the game. For that to damage our brand like that, that’s not cool in the way we act because if you actually meet me in person, I’m not too bad of a dude, I don’t think.”