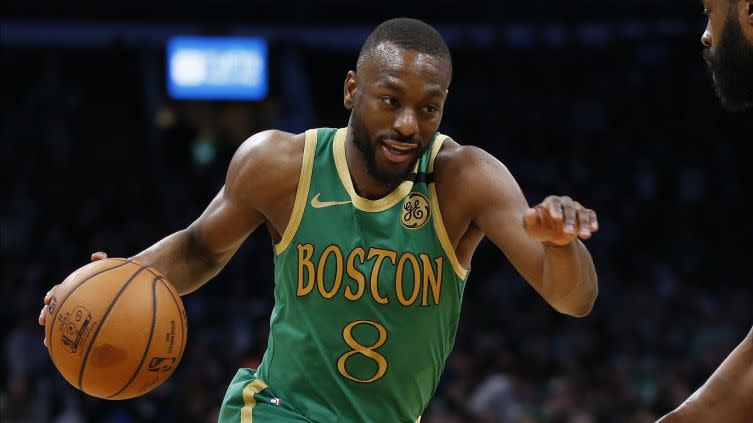 Kemba Walker was the latest Boston Celtic to undergo a bit of load management, shortly before the NBA season was suspended on March 12.

Now that the league is prepared to get things going again later this month, the Celtics remain cautious in their approach to Walker’s return to action.

«We’re going to move very slowly with Kemba Walker and let him strengthen (the left knee),» said Celtics head coach Brad Stevens following the team’s first practice in Orlando, Fla. on Friday. «And make sure that he’s all good to go as we enter the seeding games and obviously, the playoffs.»

Walker, who did some work with the team on Friday, has been among the league’s most durable players for most of his NBA career.

But this season, the four-time All-Star has missed 14 games after having missed a total of just six over the four previous seasons combined. Of Boston’s last 10 games prior to the season being suspended on March 12, Walker was out because of left knee issues six times.

He has talked about the knee being better and healthy, but Walker and the Celtics know all too well the important role that he plays in the team’s chances at making a deep playoff run.

This is Walker’s first season with the Celtics after signing a four-year, $141 million deal. He began the season as the team’s most potent scorer, but third-year wing Jayson Tatum has emerged as more than just one of the league’s more talented young players.

Tatum was named an All-Star for the first time this season, and since the All-Star break a legit case can be made that only a handful of players in the league have been more impressive.

A healthy Walker gives the Celtics an impressive 1-2 scoring punch that’s complemented by the emergence of Jaylen Brown, who has played at a near All-Star level this season while Gordon Hayward has been about as strong a No. 4 option as you will find on any roster.

While the time off the court will certainly present a different kind of challenge for the Celtics, the time without games or practices have been a huge benefit for Walker.

And that benefit is something the Celtics are intent on not squandering, which is why the nice-and-slow approach makes a lot of sense as Walker works his way back into playing major minutes in Boston’s quest to go deep into the postseason.

«I really needed that break,» Walker said recently. «It definitely helped me get back to myself and start to feel comfortable on my knee.

He added, «It was a very unfortunate time but it was in my best interest for sure. I’m going to stay on top of things and take it day by day.»