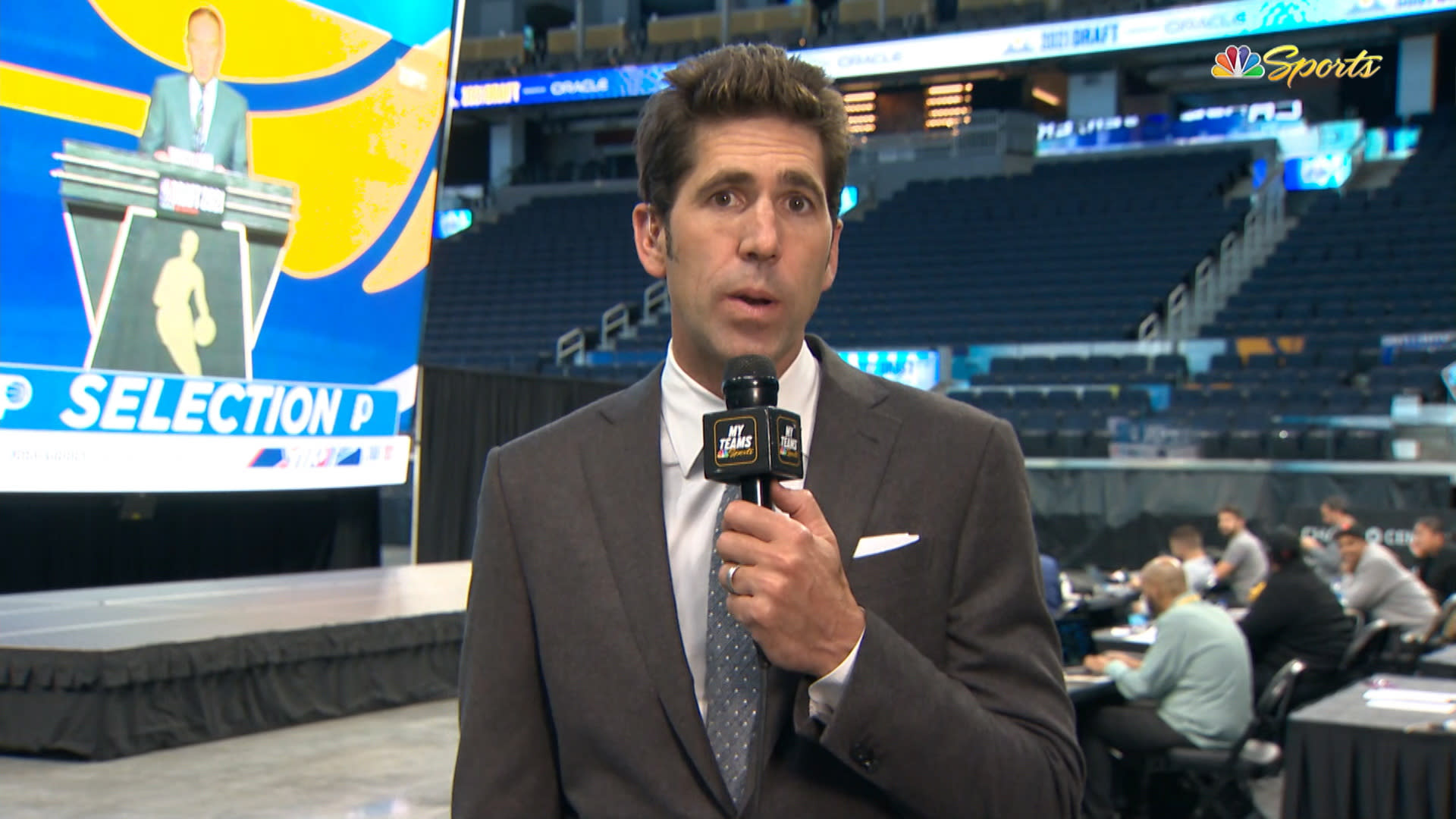 Myers reveals what Warriors were offered for No. 14 pick originally appeared on NBC Sports Bayarea

Although many reports leading up to the draft indicated the Warriors were discussing trades for impact players with the team’s two lottery picks, general manager Bob Myers explained to NBC Sports Bay Area that their conversations with other teams regarding the 14th overall pick didn’t include any current players.

Myers doubled down on that statement in his media availability minutes later, saying the Warriors weren’t getting any offers for current NBA stars or rotational pieces.

Players like Ben Simmons, Damian Lillard and Pascal Siakam all were linked to the Warriors in trade rumors leading up to Thursday’s draft, but it appears they were nothing more than rumors.

RELATED: Moody knows he has ‘no choice but to get better’ with Dubs

Myers did say he had some discussions with teams, but nothing got «across the 50-yard line.»

In the end, the Warriors now have one of the draft’s youngest and highest potential players in Jonathan Kuminga, and a high-level one-year college player with elite defensive skills in Moses Moody.

Whether the Warriors will take those two rookies into next season and insert them into a rotation that expects to compete with the best of the Western Conference in 2021-22 is an excellent question. Kuminga potentially could be an excellent trade asset, but the front office reportedly has «no plans» to trade the seventh overall pick as of now.

Free agency is looming, and the Warriors clearly aren’t done adding to this roster.