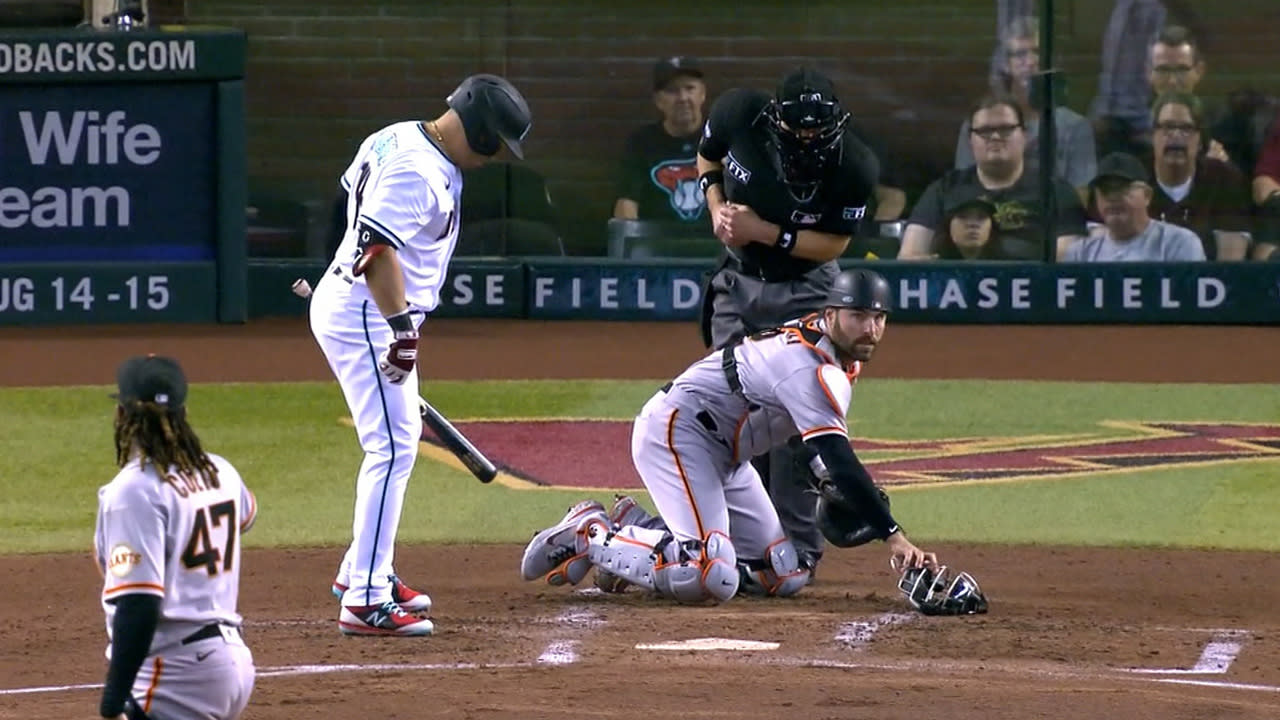 You never quite know what you’re going to see at the ballpark. Sometimes you’ll see something you had no idea even existed.

That was the case in the second inning Tuesday at Chase Field, when the baseball world was reintroduced to the «catcher’s balk.» Technically it wasn’t a balk, but that was the word from the official scorer at Chase Field. Before we get into the legal definition, watch the play for yourself:

Curt Casali violated MLB rule 5.06(b)(3)(E), which states a «fielder deliberately touches a pitched ball with his cap, mask or any part of his uniform detached from its proper place on his person. The ball is in play, and the award is made from the position of the runner at the time the ball was touched.»

It was an absolutely bizarre play, and Casali and Giants manager Gabe Kapler both argued as runners on first and second were moved up one base. Home plate umpire Chris Guccione made the call, and while he did check with the other three umpires after hearing from Kapler, he never came close to changing his mind.

The call ended up being a big one. Asdrubal Cabrera, who was at the plate during the «catcher’s balk,» lined a double to right field, giving the Diamondbacks a 3-0 lead. The trail runner was Madison Bumgarner, and he certainly would not have scored from first on Cabrera’s double, which was stopped by Austin Slater before it reached the wall.

It was one of the strangest sequences of the year, and it cost the Giants as everyone else tried to figure out what was going on.