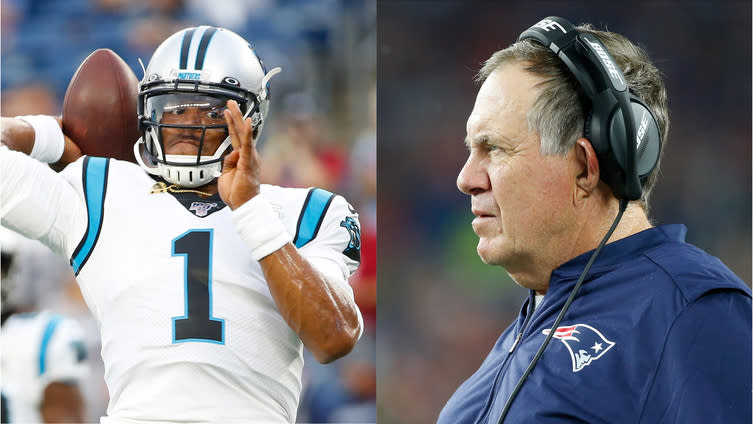 Leave it to a Premier Lacrosse League announcer to get Bill Belichick to talk about Cam Newton.

The Patriots head coach has yet to hold a press conference since New England signed Newton in free agency earlier this month. But Belichick, an avid lacrosse fan, joined NBC Sports’ broadcast of Saturday’s PLL game between the Whipsnakes and Redwoods to offer his first public comments about his new quarterback.

While Belichick wasn’t about to go in-depth on Newton’s injury history, he did compare the 31-year-old QB to Redwoods star Myles Jones.

«Cam Newton looks like Myles Jones to me,» Belichick said. «He’s fast. He’s big. He’d be a tough guy to match up against. He could run by them.

«He could run through those stick checks, and he’d have a tough — with the stick work — a tough overhand shot, so I think those tall, long guys really have a big advantage of being able to change the angle of their shots and still be able to run through some guys.»

🥍 How he started coaching lacrosse
💪 Why Myles Jones reminds him of Cam Newton
👀 What he sees in the similarities between football and lacrosse athletes pic.twitter.com/wyjaIsm168

Even if you’re not a lacrosse fan, Jones’ potent blend of speed and power should remind you of Newton’s ability to run past defenders — or over them.

Belichick also discussed his love for lacrosse in the interview — he played the sport in high school and college and was the captain of Wesleyan University’s lacrosse team as a senior — but Patriots fans will pleased to hear their head coach views Newton as a versatile threat who presents a tough matchup for opposing defenses.

At the very least, the Patriots are getting an athletic upgrade at QB this season — especially considering Belichick’s subtle jab at Tom Brady during an interview on a PLL broadcast last year.