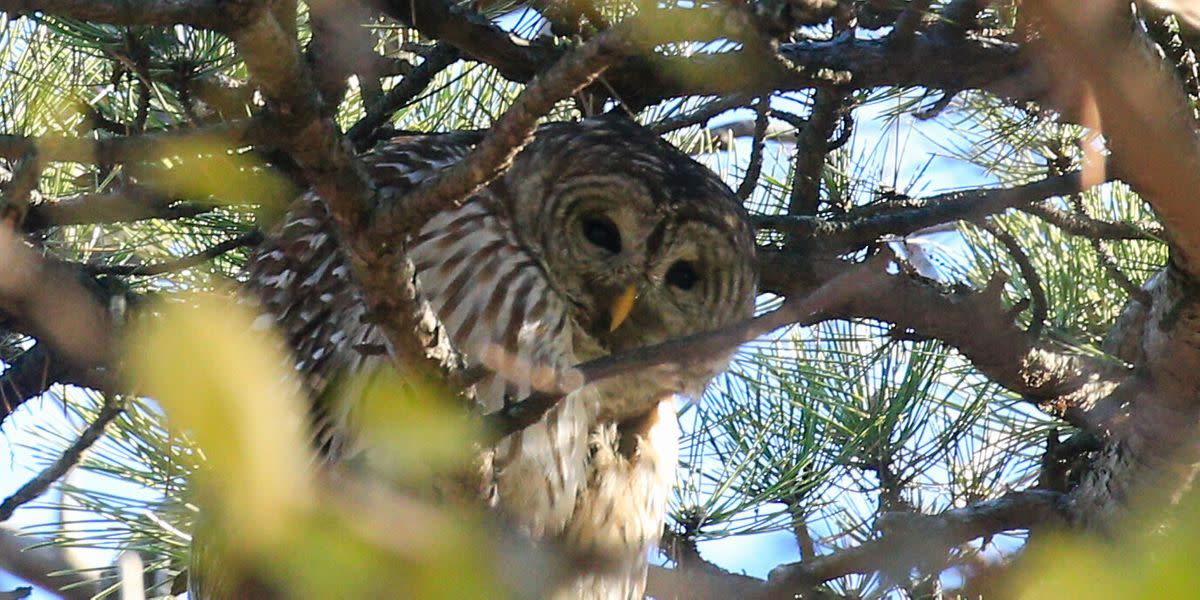 A year-old barred owl in Manhattan’s Central Park, a favorite of park strollers and birders, has died after apparently crashing into a park vehicle during a hunt for food.

The owl, named Barry by her fans, appeared to enjoy all the attention she got and almost seemed to hold poses for people snapping her photo.

“It is with a heavy heart we share that a barred owl, a beloved Central Park resident, passed away early this morning,” said a statement from the Central Park Conservancy. “Flying low, likely in search of a meal, the barred owl made contact with a Conservancy maintenance vehicle at approximately 2:30 a.m.” Friday morning.

Barry’s “presence in Central Park brought so much joy, reminding all of us that the Park is a vital green space for all New Yorker, including the wildlife that call it home.”

Tributes to Barry poured in on Twitter. But New Yorkers being New Yorkers, people were also suspicious about the details of Barry’s death. Many were skeptical that an owl, with excellent night vision, would crash into a vehicle.