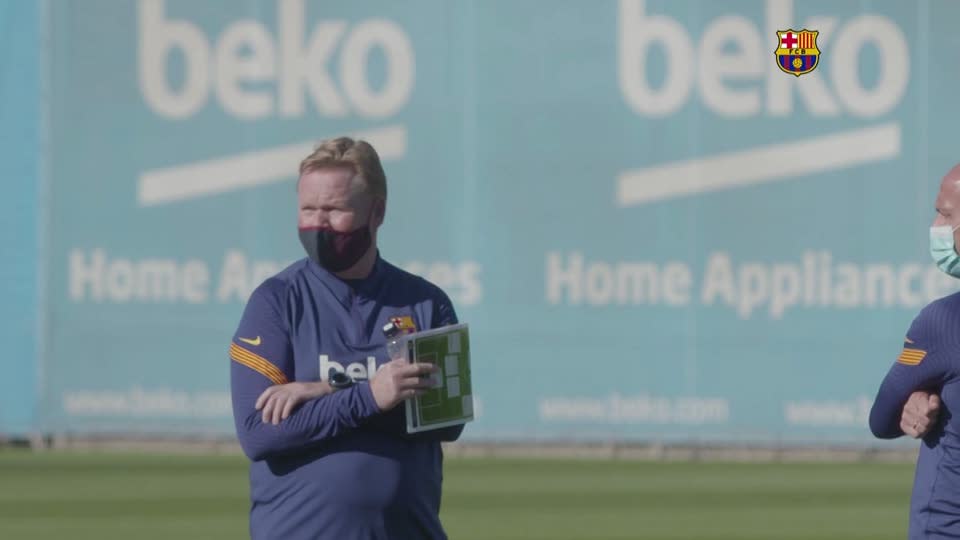 RESENDING WITH COMPLETE SHOTLIST AND SCRIPT

2. VARIOUS OF PLAYERS RUNNING ON PITCH DURING TEAM TRAINING SESSION

STORY: Unhappy Lionel Messi missed Barcelona’s first training session of the new season on Monday (August 31), days after his shock announcement that he wants to leave the only club he has played for professionally.

Messi’s failure to show up for the session, the first under new Barcelona coach Ronald Koeman, was widely expected after the 33-year-old Argentine also failed to show up for a pre-season medical on Sunday (August 30).

The six-times world player of the year insists he has a clause in his contract that allows him to leave on a free transfer — a claim disputed by Barcelona and La Liga.

Messi’s lawyers plan to invoke a clause in his four-year contract, signed in 2017, which would have allowed the forward to leave the club for free if he had requested it by June 10.

They will argue that date — nominally the end of the season — is now irrelevant after the coronavirus pandemic forced an extension of the La Liga season deep into August.

However, La Liga said on Sunday that the only way a club can sign the Argentine forward is if he triggers a release clause of 700 million euros ($836 million).

Messi’s decision came after Barcelona failed to win any silverware last season, which finished with a humiliating 8-2 defeat to Bayern Munich in the Champions League quarter-finals.