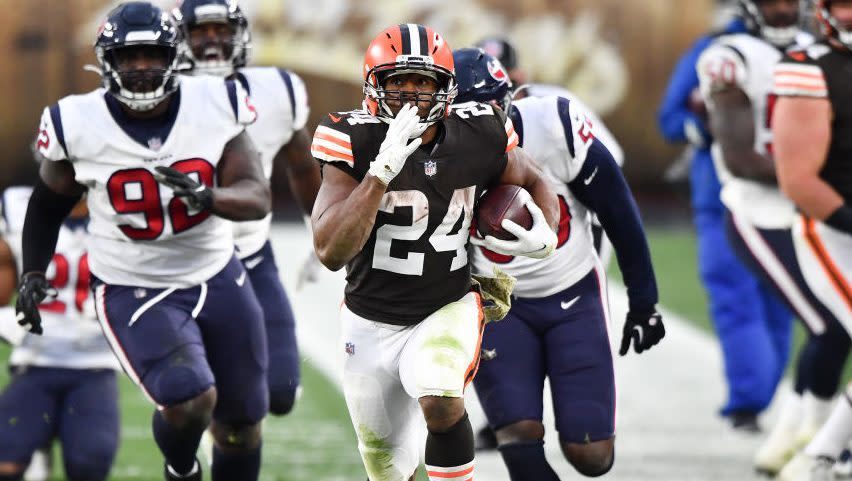 Browns running back Nick Chubb, in his first game since Week Four, delivered the dagger for home team by not scoring a touchdown. When was the decision made that Chubb would pass on a clear and easy touchdown?

“It was made in the huddle, and I got the call from Baker [Mayfield] to if we get a first down or anything, let’s just end the game and not score,” Chubb told PFT by phone after Sunday’s 10-7 win. “There an opportunity for me to do that and that’s what I did.”

So how hard was it for Chubb to see the end zone right there and not carry the ball into it?

“It was tough,” Chubb said, “but I’m a team player, so I decided to just win the game and not worry about stats and get the win and go home.”

If it was tough then, it won’t get any easier when Chubb sees what the haters on social media have to say about losing an easy six points for their fantasy teams. (Not to mention the gamblers who took Cleveland giving anywhere from 3 to 4.5 points.)

Indeed it does. And now the Browns have run their record to 6-3. Based on the schedule, 10 wins can indeed be in the cards for the Browns, which likely would deliver the franchise’s first playoff berth since 2002.