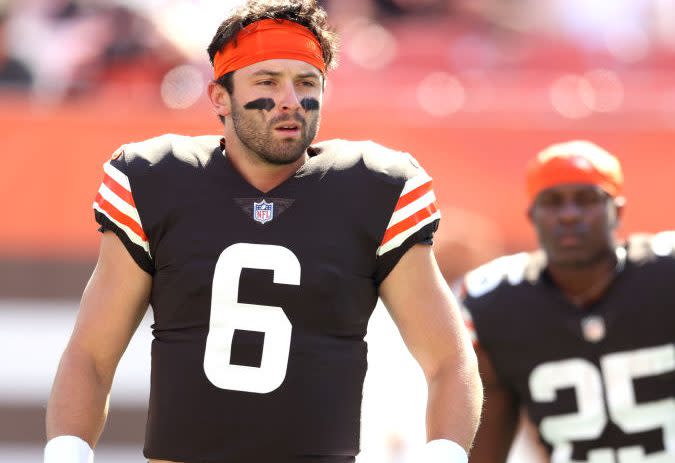 Mayfield suffered an apparent arm/shoulder injury on his left side. He jogged to the locker room for further evaluation. He’s reportedly already back on the sideline.

Case Keenum, who led the Vikings to the final four in 2017 after taking over in Week Two, is the backup.

The Browns and Texans are tied at seven. If Mayfield doesn’t return, it will be even harder for the Browns to cover the 13.5-point spread, the largest in favor of the Browns since they returned to the NFL in 1999.