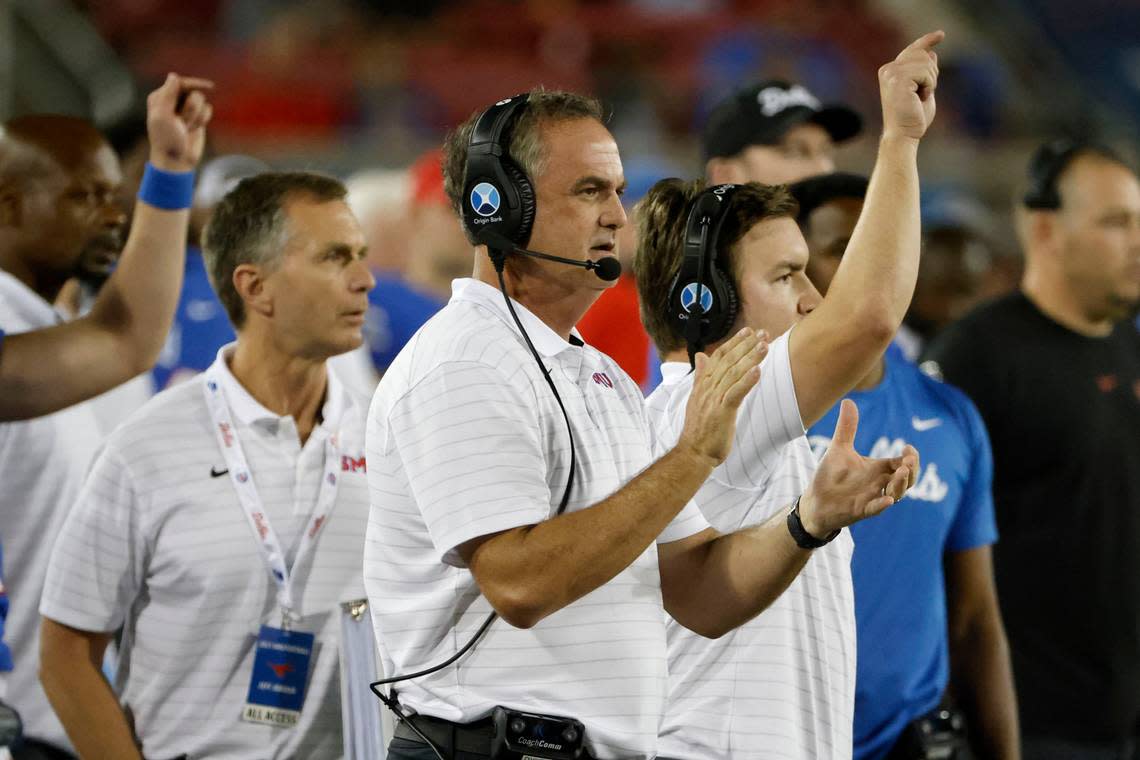 TCU has entered the college football coaching market for the first time in two decades.

Coach Gary Patterson and the school agreed to part ways on Sunday with Jerry Kill taking over on an interim basis for the rest of the season.

TCU athletic director Jeremiah Donati is expected to conduct a national search for Patterson’s replacement, but SMU coach Sonny Dykes has emerged as an early front-runner for the position.

Dykes is also rumored to be among the top targets for Texas Tech. The Red Raiders have an opening after firing Matt Wells last week, and Dykes has ties to the school. His father, Spike, coached 13 seasons at Texas Tech.

But TCU feels it is among the most attractive jobs on the market given its location and resources. Patterson’s annual $6 million salary ranked among the top 10 in the country.

Outside of Dykes, a couple other names to keep an eye on include UTSA coach Jeff Traylor and Louisiana coach Billy Napier.

Traylor just signed a 10-year deal with UTSA on Sunday, including a $7.5 million buyout, but that might not be much of a hurdle if he emerges as the top candidate. UTSA (8-0) is currently ranked 16th in the country.

Napier, meanwhile, has gone 35-12 in four seasons with Louisiana. He’s been linked to multiple Power Five jobs in recent years.

While those are likely the top three targets early on, others could emerge during the process. Among notable football folks on TCU’s board of trustees includes Pro Football Hall of Fame running back LaDainian Tomlinson and Joe Briggs, who is the public policy counsel for the NFL Players Association.

TCU does not have a firm timeline for when it wants its next coach in place, although the football early signing period for the 2022 recruiting class is Dec. 15.

Get the latest news regarding TCU athletics in your inbox every Thursday morning.