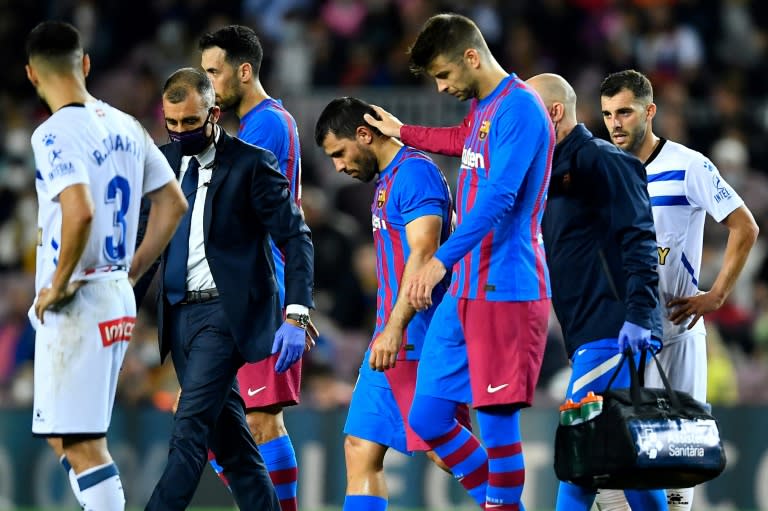 Barcelona forward Sergio Aguero has dismissed as rumours reports a heart condition had ended his playing career, insisting he hoped to be back in action within three months.

The 33-year-old Argentine was rushed to hospital on October 30 after suffering breathing problems while playing in the Liga draw against Alaves.

The club said after he underwent heart tests that Aguero would be «unavailable for selection and during the next three months the effectiveness of treatment will be evaluated to determine his recovery process.»

Catalunya Radio however reported on Friday that Aguero would never play again «due to a serious heart problem.»

The former Manchester City star took to Twitter to deny the reports.

«Always positive,» said Aguero. «There are rumours going around but I’m following the club doctor’s opinion and we’ll see how I am in 90 days.»

After helping Argentina to the Copa America title in July, Aguero left Manchester City and moved to Spain.

He left City as their all-time record goalscorer with 260 goals, and with the most goals scored for a single club in Premier League history — 184 goals in 275 appearances.

Before his switch to Barca he suffered a bout of Covid.

He has played five competitive matches for struggling Barcelona, scoring just one goal, before having to leave the pitch against Alaves.