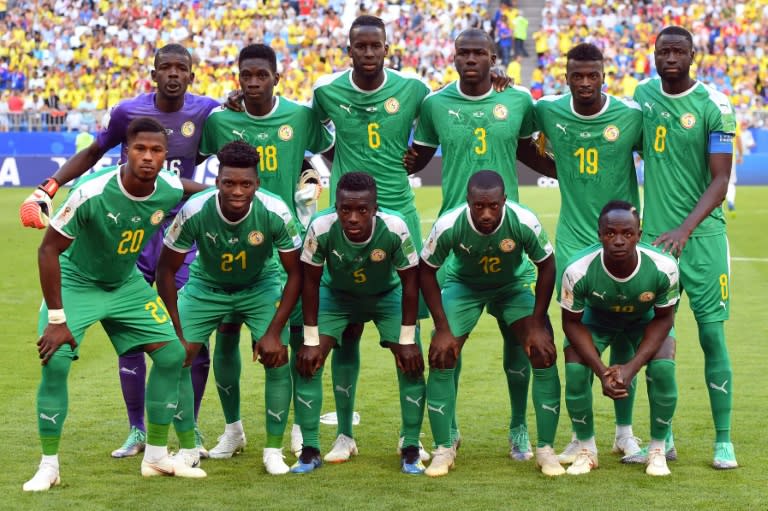 Sadio Mane-inspired Senegal climbed four places to 17th in the FIFA world rankings on Thursday after home and away Africa Cup of Nations qualifying victories over Guinea-Bissau.

The Teranga Lions, whose stars include Liverpool forward Mane and Napoli defender Kalidou Koulibaly, are the only one of 48 Cup of Nations contenders who boast a 100 percent record after four matchdays.

Here, AFP Sport rounds up football news from around Africa.

Kaizer Chiefs’ poor start to the South African Premiership continued after a 1-0 loss at promoted Swallows with Joseph Mhlongo scoring four minutes from time in the Soweto derby.

Chiefs, whose 53 domestic trophies since being formed 50 years ago is a South African record, have won just one of five league matches and lie 11th.

The strugglers now adjust their sights to the CAF Champions League and a preliminary round first leg against debutants PWD Bamenda in Cameroon Sunday.

The Comoros are on the verge of playing at the Africa Cup of Nations for the first time as they lie five points above closest rivals Kenya with two rounds remaining.

Record eight-time African champions Ahly rate Mohamed so highly that they signed him from Wadi Degla on a five-year contract.

Zambia coach Milutin Sredojevic has not given up hope of qualifying for the Cup of Nations despite propping up a group table after three losses in four matches.

Referring to a surprise defeat in Botswana this month, the Serbian said: «It would be very unfair to the Zambian people if one setback will make us give up and I assure them we are not surrendering.»

Botswana, the Comoros, eSwatini and Zimbabwe have been disqualified from the Africa Under 17 Cup of Nations after choosing over-age players for a regional qualifying competition.

The cheats were exposed by Magnetic Resonance Imaging (MRI) tests when they arrived in South African city Port Elizabeth for the tournament.

Age cheating is commonplace in the continent and often cited as a reason why African nations fare well in world age-limit competitions but flop at senior level.

Libya coach Ali el Margini has quit after losing twice to Equatorial Guinea this month in Africa Cup of Nations qualifiers and leaving the team with little hope of reaching the finals in Cameroon.

The Mediterranean Knights also fell to Tunisia last year and are bottom of the standings with just three points from a possible 12.

El Margini was appointed only two months ago after assisting Tunisian veteran Faouzi Benzarti, who quit when coronavirus enveloped Africa this year.

Esperanca Sagrada of Angola have received a preliminary round walkover in the CAF Confederation Cup after the withdrawal of Mbabane Swallows from eSwatini.

«Swallows were never part of the CAF Confederation Cup,» said eSwatini Football Association spokesman Muzi Radebe, who did not explain how the club were included in the draw.

Esperanca will meet 2015 Confederation Cup runners-up Orlando Pirates in the round of 32 with the first leg in Angola on December 22 or 23.