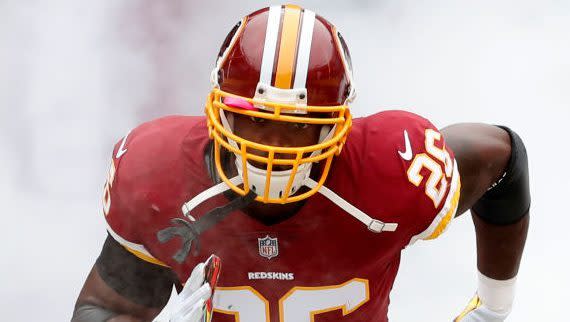 Adrian Peterson re-set the running back market when he signed a seven-year, $96 million contract with the Vikings in 2011. Even though the salary cap has increased by 65 percent since then, running back salaries have barely budged, as NFL teams have devoted all that salary growth to other positions.

“It’s disrespectful to be honest with you. It really is,” Peterson told TMZ.com.

Now 35 years old and heading into his 14th NFL season, Peterson hopes he’s showing NFL teams that running backs can be relied upon to have long careers.

“I think the change is going to come,” Peterson said. “Me and Frank Gore continue to show guys, ‘Hey, we are valuable. We can have 10, 14-year careers as well, so value us as well like you would value a quarterback.’”

The reality, however, is that running backs in today’s NFL are simply nowhere near as valuable as quarterbacks. It’s not about respect or lack of respect, it’s about the value that a player brings to his team. And running backs don’t bring the value to teams that quarterbacks do. Their contracts reflect that.