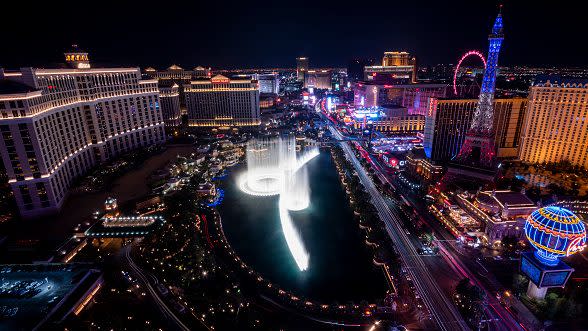 Las Vegas has proven it can support professional sports and fill buildings. And if the NBA decides to expand — still a big “if” — it may have a team in Las Vegas as well.

We knew that was a possibility, and NBA Commissioner Adam Silver confirmed this week Las Vegas would be in consideration if the league chooses to expand. Silver made his remarks at the CAA World Congress of Sports, as reported by Mike Akers of the Las Vegas Review-Journal:

Silver said the NBA is not at the point of expansion, but said Las Vegas will be in contention to land a franchise when that time comes.

“It’s on a list at the point that we do turn to expansion, which isn’t right now, but at some point, no doubt Vegas will be on the list.”

During the height of the pandemic — when NBA owners were losing money due to games being played in a bubble and then empty buildings — talk of league expansion heated up. The motivation was money: Those new teams could end up paying $2.5 billion each in expansion fees to the league, an infusion of cash that would be divided among the teams (and is not shared with the players, like television and other revenue).

While nothing is set in stone, Seattle and Las Vegas were considered the front runners to land teams.

However, as the league adapted to the new reality and buildings started to open up around the NBA — meaning revenue streams re-opened for the owners — expansion talk seems to have cooled, talking to league sources. A couple of times Silver seemed to pump the breaks on expansion talk, including these comments. NBA owners have not expanded recently (the last time was in 2004, before that it was 1995) because they didn’t want to divide the pie of television money and other league-wide revenue into two more slices. (A few made the argument of not diluting the product on the court by adding 30 players to the league.) The owners — or at least enough of them, it takes a two-thirds vote to expand — seem to be drifting back to that position.

The real test will come in 2022, when NBA owners are expected to take up the issue of expansion. If there is still a groundswell of support among the league’s governors to add teams, we will see it next summer as reports come out of league meetings.

If the league does expand, Las Vegas is in a strong position to get a team. The question is, will the NBA play ball?

Check out some of our NBA preview series