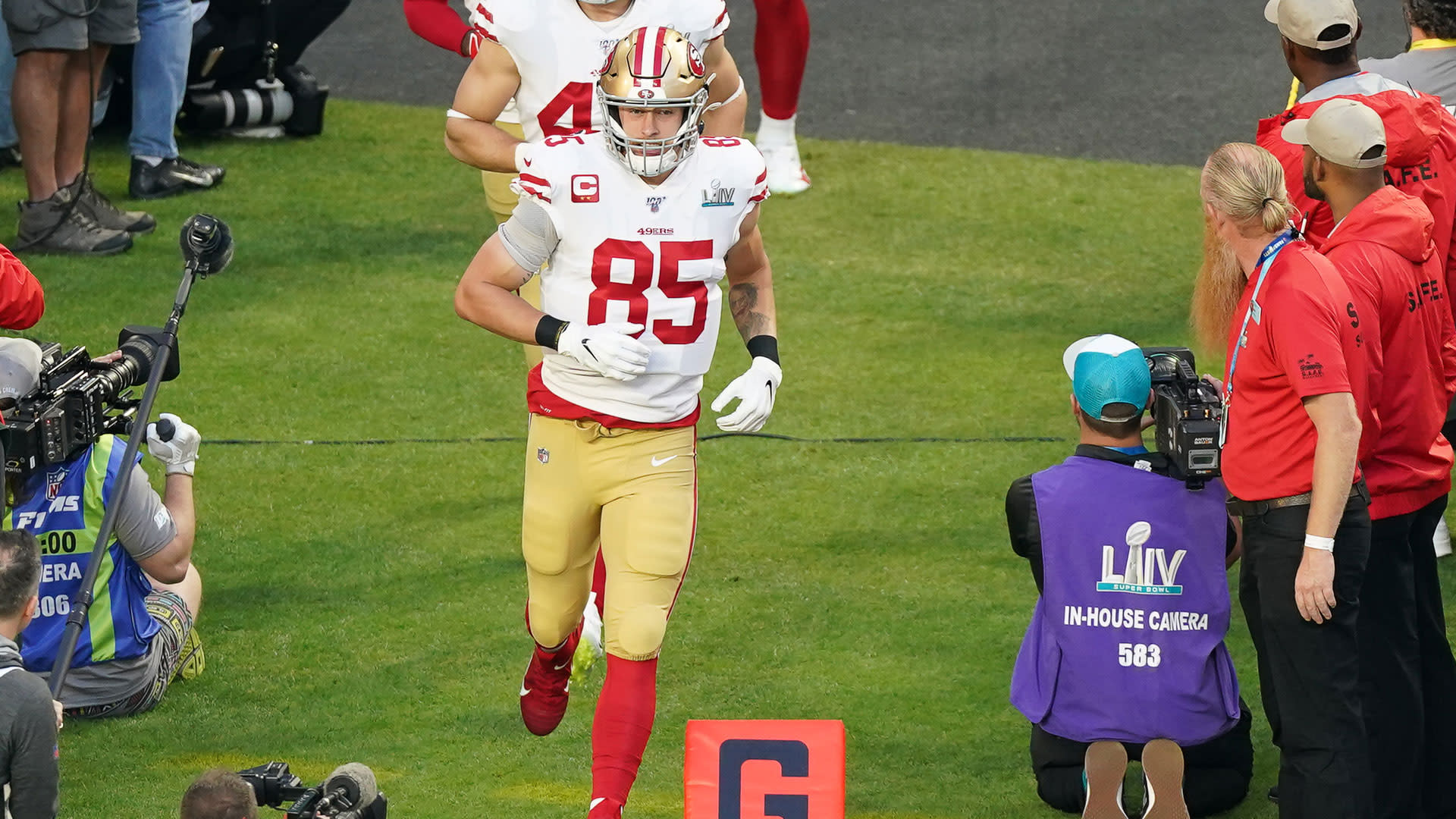 George Kittle can do it all. He can run the ball well, he can catch passes, he can block — oh man, can he block. And apparently, the man can jump really well, too:

The 6-foot-4 49ers tight end touched a 12-foot high ceiling like it was nothing.

And he’s about to be ridiculously rich.

Kittle, despite being rated just 98 on «NFL Madden 21,» has totaled 2,430 receiving yards on 173 catches and 10 touchdowns over the last two seasons. But he’s just in a group of his own with everything he does.

It’s only a matter of time until Kittle signs a record-breaking contract extension, and he will be worth it.