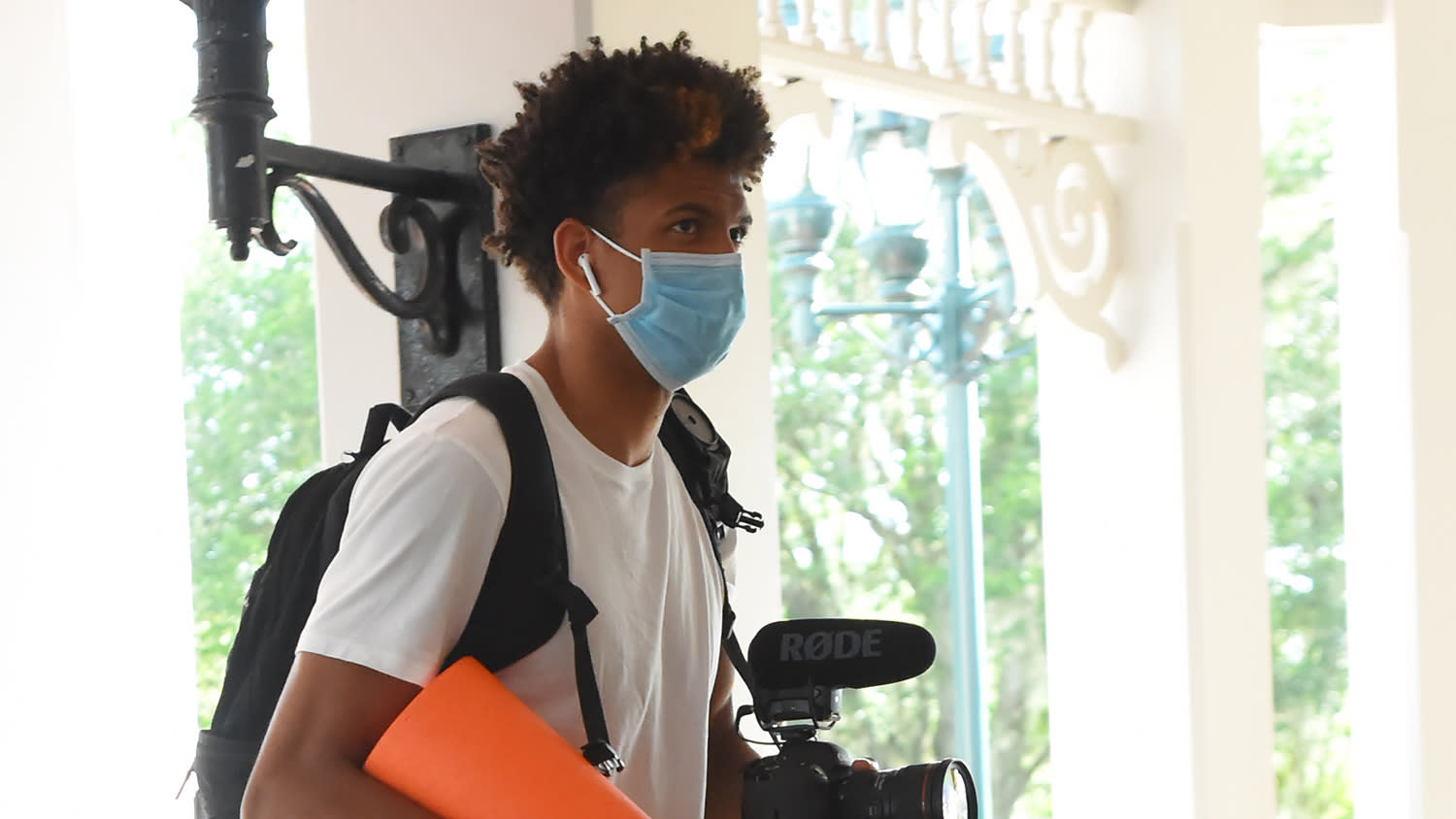 After the Sixers boarded the plane on Thursday afternoon to head to Orlando, Florida, to enter «the bubble» for the NBA’s restart, Tobias Harris got on the speaker before takeoff.

The laughs echoed through the rows of empty seats (as mandated by the NBA’s health and safety handbook) on the Sixers’ chartered plane.

Upon arrival to the Walt Disney World Campus, the entire traveling party was immediately tested for the coronavirus, both with a saliva test and two nose swabs. (These nose swabs are a much less invasive testing option, in comparison to the deep nasal swabbing that was originally used to test for the virus.) All players and staffers were then given a green wristband to indicate that they were officially in quarantine, which was in effect until Saturday morning, until both coronavirus tests came back negative. A green wristband indicates that a resident cannot leave their room, and security is in place to ensure all residents abide by the league’s protocols.

After testing on Thursday night, the traveling party made its way through socially distanced stations, like the «Health supplies station,» to pick up items like Clorox wipes and hand sanitizer, before making it to their rooms, where they would reside for at least the next 36 hours.

Meals were provided three times per day and dropped off at each resident’s door in compostable containers.

An Instagram story from Joel Embiid showed beef ribs, chicken breast, mashed potatoes, pasta, two salads, pretzels, berries, a cheese and nuts plate, and a sandwich as one of the meal options.

Every member of the traveling party was provided with a daily health checklist, which includes taking a «symptom questionnaire» in the MyHealth app, and taking temperature and blood oxygen levels with the provided thermometer and fingertip pulse oximeter.

For the next 36 hours, players found different ways to occupy their time.

For others, like Ben Simmons and Mike Scott, it was spent playing video games (Richardson said on an Instagram Live that he could hear Scott on his gaming headset across the hall).

For rookie Matisse Thybulle, he started perfecting his videography skills in a video he put together documenting Day 1 in the «bubble.»

For Tobias Harris, Boban Marjanovic provided him entertainment from his balcony.

And for most, they just couldn’t wait to get the «OK» to get out of their room on Saturday morning.

«I’ve been looking out my window just trying to peep and see the other teams that are here,» Glenn Robinson III told NBC Sports Philadelphia. «I’m just happy to get out of the room!