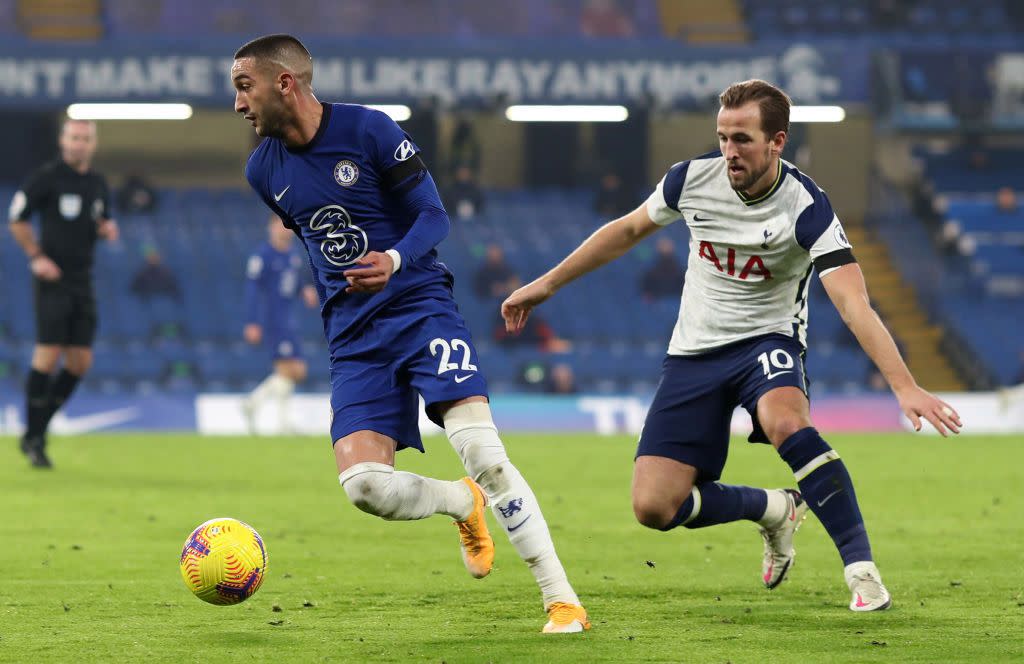 What did we learn in the Premier League over the weekend?

Here’s a look at 10 things which stood out, as our writers Joe Prince-Wright (JPW), Nick Mendola (NM) and Andy Edwards (AE) share their observations from across the most recent 10 Premier League games.

1. Super sub Cavani makes his case with incredible quality: Edinson Cavani entered for Mason Greenwood at halftime and made a huge difference as Manchester United fought back from 2-0 down to win 3-2 at Southampton. He could’ve had a goal as he broke to the far post but didn’t get a pass from Marcus Rashford on the rush, then helped in the build-up before hitting a terrific pass for Fernandes’ goal. Cavani scored twice after the initial assist, and also cleared a Saints’ corner in the 68th minute, pitching in all over the field. More encouraging? After Cavani assisted Fernandes, he was then able to adjust to the Portuguese star’s deflected cross to score, chemistry between two big pieces giving Ole Gunnar Solskjaer plenty of hope. With Marcus Rashford on one side or next to Cavani and myriad wing options, the plans should be pretty easy for the Norwegian going forward. Will he follow the map? It would insanely stubborn if that wasn’t the case. Cavani may have to wait to be a regular, though, as his post-game Instagram post is under an FA investigation. (NM)

2. Mourinho plays down the title chances of ‘pony’ Tottenham: After another defensive masterclass, this time away at Chelsea, Tottenham boss Jose Mourinho said his players were not happy with a point against their London, and perhaps title, rivals. Who is Mourinho kidding? After the draw at Chelsea, he pointed to the fact that Spurs center back Joe Rodon, making his full debut, arrived from Swansea and is earning in a year what Chelsea center back Thiago Silva is earning in a week. This is classic Jose, pushing his team as the underdogs as they had Gareth Bale on the bench as an unused sub. In 2014 he characterized his Chelsea side as a ‘small horse’ in a two horse race. I asked Mourinho what kind of horse this Tottenham side are: “We are not even in the race. We are not a horse. We are just a pony,” Mourinho smiled. “I’m very happy with the profile and happy to be with my amazing coaching staff, Joao, Ledley, all of these guys, coaching and teaching these guys. I’m very happy with my team and very happy with this mentality of coming to Stamford Bridge, we get a point, we are top of the league and we are not happy. That’s great.”

3. Jimenez skull fracture highlights head injury protocols: Mexico star Raul Jimenez suffered a horrendous head injury early on in Wolves’ 2-1 win at Arsenal. The Mexico star clashed heads with David Luiz and lost consciousness. He was given oxygen and carried off the pitch and Wolves have confirmed he’s had surgery to repair a fractured skull and is now ‘comfortable’ in a London hospital. What many aren’t comfortable wit is the protocols around head injuries, not just in the Premier League but across the game. Luiz played the rest of the first half with a nasty gash on his head bandaged up, but came off at half time due to the severity of the cut. Arsenal say he passed the concussion protocols and was fine to play on, but talk of having a concussion sub available to come on while players are checked properly have come to the fore. Now is the time to act to try and protect players as much as possible in these awful situations. (JPW)

4. Depth issues hamper Reds, worsen Jurgen Klopp’s frustrations: We know that Klopp took out his frustrations on TV companies and the Premier League schedulers after the 1-1 draw at Brighton, but he also took them out on Neco Williams, who conceded the penalty that Neal Maupay missed. Klopp opted to move James Milner to right back rather than insert left back Kostas Tsimikas on the right or flip Andy Robertson to the other side. Klopp introduced Sadio Mane for Salah in the 64th minute, with Curtis Jones and Divock Origi the other attack-minded players. The last two names didn’t get a chance to play thanks to another muscle injury, this one to Milner. Klopp was further enraged by the fixture kickoff time as his 34-year-old mainstay, who was the only player to play every minute of Sunday’s win over Leicester, Wednesday’s loss to Atalanta, and this one prior to his late injury. That one, it seems, is on Klopp for not trusting Williams (and expecting an old workhorse to avoid injury). (NM)

5. Aubameyang’s new contract looking… well, not great: Arsenal lost 2-1 at home to Wolves as the Gunners continue to struggle offensively. Pierre-Emerick Aubameyang has been nothing short of sensational for Arsenal for going on three years now, but he’s a 31-year-old center forward who relies (almost) solely on his blistering pace to run in behind defenders or get onto the end of crosses that players even a half-step slower couldn’t reach. His continued production requires two things to get absolutely right — he stays healthy and doesn’t deteriorate physically, and he receives constant service from Arsenal’s midfield creators — or he’s rendered virtually useless. Judging by his scoring record this season (2 goals from 10 games) and his paltry shot numbers (1.4 per game), it would appear at least one of the above requirements have not been fulfilled. Aubameyang hasn’t scored a goal from open play since the opening day of the 2020-21 season. It won’t be long before the Gunners are ruing their decision to pay him nearly $500,000 per week for the next three years. (AE)

6. If not for bad luck, Sheffield United would have no luck at all: Chris Wilder still has a ton of work to do to get the Blades back to their form of 2019-20, but the positive signs of progress were on display against West Brom, even though they lost 1-0 and remain bottom of the table. Sheffield United created a handful of chances that you could reasonably expect, on most days, to find their way over the goal line. That’s where the lack of a fortuitous bounce or two comes into play, of course. While they’re not a million miles away from picking up positive results and turning the 2020-21 season around and time is not yet running out, time will soon be running out with a terrifyingly deep hole out of which to dig themselves. (AE)

7. Leeds are a blast: Marcelo Bielsa’s men continue to be as entertaining as any in the Premier League. We’re mostly being positive and addressing their forward-thinking play and decent jersey selection, but we’re also talking about the chances they allow on a weekly basis. There are so many opportunities for goals at both ends of the pitch when Leeds hits the pitch, and they took one of them and were happy to see Illan Meslier put in a Man of the Match display and Everton have an off day in front of goal at the other end of the pitch. Terrific shot-stopping, as we’re seeing on a near-weekly basis from Meslier, is also a blast. (NM)

8. Solskjaer’s advice pays off for Manchester United: Sat about 20 yards from the Manchester United bench at St Mary’s on Sunday, I heard what Solskjaer said just before Cavani turned the game on its head. It was simple but it was genius. Solskjaer told Nemanja Matic to tell Cavani to stop running wide and stay central. Moments later he equalized and then in the 93rd minute he won it for United to complete a stunning comeback, as on the balance of play they deserved to win despite going in 2-0 down at half time. Solskjaer knows how to score goals, so too does Cavani. But that one piece of simple advice from the sidelines made the difference and Cavani had the quality to carry out. Hearing those snippets of info in an empty stadium is the only positive from having no fans at the stadium. (JPW)

9. Wasteful Brighton gets late reprieve: There’s been plenty said regarding the Seagulls being snakebit over the past two seasons, as Brighton has been amongst the league leaders in expected goals and this season has also topped the table in terms of a meager number of expected goals conceded. But Saturday saw Brighton just not good enough with finishes that probably should’ve produced goals. They can’t blame misfortune in this one, as VAR spotted Andy Robertson’s foul on Danny Welbeck in stoppage time and Gross slotted the spot kick. (NM)

10. No Zaha, plenty of problems for Palace: Don’t worry, Crystal Palace fans, now it’s time to talk about everything that’s presently wrong with your team. Spoiler alert: it’s a lot, and not at all dissimilar to Newcastle — at least when Wilfried Zaha is unavailable, as he was on Friday. It’s a credit to Zaha just how good he’s been this season — and to manager Roy Hodgson for unlocking him as an unconventional striker — but also an alarming warning sign that the Eagles are not far off being labeled a one-man team. We saw that truth hammered home in their 2-0 defeat at home to Newcastle. (AE)

10 things we learned in the Premier League originally appeared on NBCSports.com